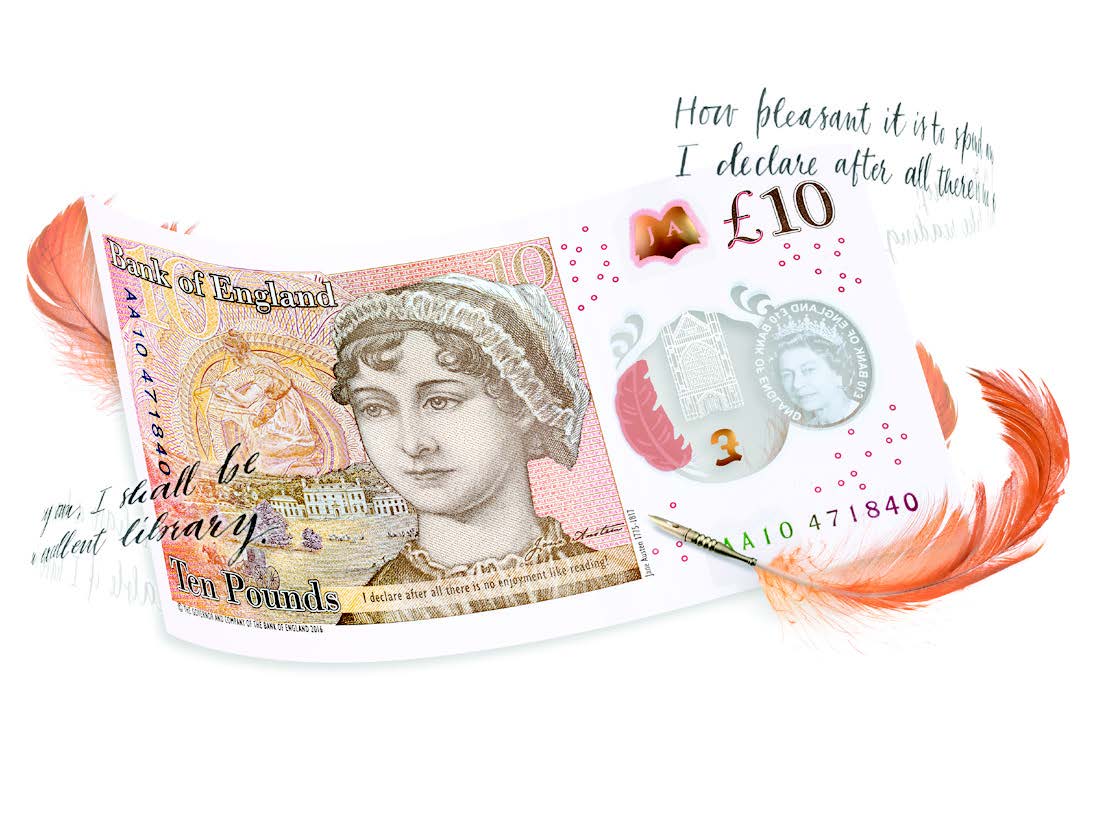 The Bank of England have released the plastic tenner into circulation today, September 17, 2017.  The ‘old’ paper £10 note featuring Charles Darwin will be withdrawn by Spring 2018.

The latest trend of turning all the old English bank notes into a new polymer design stems from the idea that plastic notes are more environmentally friendly, secure and durable. Not to mention, the new added safety features ensure less chances of counterfeit.

There are many benefits to the plastic design; If you have ever forgot about the ten pound note that you left in your jean pocket before throwing them in the washing machine, there is no more need to worry; polymer notes are more resilient and last at least 2.5 times longer than the regular paper note we have been used to.

The new polymer £20 note, featuring artist J.M.W Turner is expected to make an appearance in 2020.

Other than the Queen, Jane Austen has been chosen as the first woman to make it on a bank note. Austen’s incredible influence over British literature has left her publications wowing the nation 200 years later.

Governor of the Bank of England, Mark Carney, released his speech at Winchester Cathedral on July 18, that the new ten-pound note will feature the portrait of Jane Austen. The announcement was delivered on the 200th anniversary of Austen’s death at a building that was once admired by Austen herself and now commemorates her legacy.

“The new £10 note Celebrates Jane Austen’s work. Austen’s novels have a universal appeal and speak as powerfully today as they did when they were first published. “

However, Jane Austen fans have criticized the quote used on the note from Austen’s famous Pride and Prejudice novel that reads, “I declare after all there is no enjoyment but reading!”

Fans are outraged that a quote from character, Caroline Bingley, who detested reading, has been used as a dedication to Austen and her passion for literature.

Other new £10 note features include:

Security features such as:

The note also has elements for vision impaired people including, a series of raised dots are allocated in the top left-hand corner, tiered sizing, bold numerals, raised print and differing colour palettes.

For more information, check out http://www.thenewten.co.uk/